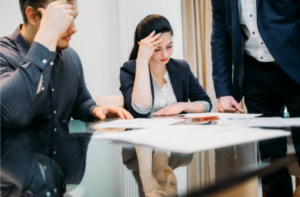 Were you the subject of discrimination in the workplace?

An employer is prohibited by Federal, state and local law from discriminating against a job applicant or an employee on the basis of age. The Age Discrimination in Employment Act (ADEA) protects those over the age of 40 from age-based discrimination and extends to hiring, firing, pay, promotions etc.

Under the  Rehabilitation Act and the ADA, an employer is prohibited from enacting any adverse job action or disparate treatment to an employee in the process of hiring, firing, promotions, wages or work schedules, due to a worker’s disability or perceived disability. As long as an employee’s disability doesn’t hinder his/hers ability to perform the job, equal chance for employment and advancement must be allotted. A disability is qualified as a physical or mental condition/impairment that inhibits your every day life activities and functions and you are perceived as having a limiting disability and history of disability.

All workers are covered by the Equal Pay Act which requires employers to pay men and women equally for doing the same work. The elements which must be proven to advance this claim are that you and an employee of one sex are working at the same location and performing substantially the same job (equal work) but receiving unequal pay than a person of the opposite sex. Typical defenses to this claim are seniority and overall job performance/output.

A hostile work environment is classified as one where discriminatory and/or retaliatory measures are frequently implemented based on race, color, religion, sex, national origin, age, sexual orientation, pregnancy status or disability.

Proving a hostile work environment requires establishing a frequent  series of events or a  more limited but severe series of events which collectively, are detrimental to an employee’s work place environment, safety and ability to progress. Examples of a hostile work environment are usually in the form of offensive jokes and/or mockery, taunting, physical and/or verbal assaults, insults, intimidation and displays of offensive material/images.

An employer is prohibited from discriminating against an employee on the basis of that employee’s race, ethnicity, country of origin, nationality, and ancestry.  This type of discrimination commonly manifests itself through unequal pay and/or insults/offensive jokes directed to this employee.

Discrimination based on Pregnancy Status

An employer cannot treat an employee in a negative fashion because of his/her religious tenets. An employer is also barred from making any offensive remarks against any religion (or lack thereof) that an employee may adhere to.

An employer cannot discriminate against an employee based on sex, gender and transgender status.

Employees are legally protected from all forms of sexual harassment by any person in their workplace, including but not limited to co-workers, supervisors, vendors or clients. Common forms of sexual harassment are unwanted sexual advances/propositions or gestures, comments/innuendos about an employee’s body or appearance, the display of offensive images of a sexual nature, any reference to an employee’s sexual preferences or behaviors and any explicit conversations of a sexual nature.

Susan Adler’s expertise and forte happens to fall within the litigation of any restrictive covenant, including non-competes, non-solicits, and non-disclosure agreements (NDA) Non-compete agreements are employer-employee contracts to restrict the employee from engaging in the same or similar business for a specific duration following termination or resignation from the employer’s company. These agreements tend to be limited to specific geographic locations and those with overly broad restrictions tend not to hold up on court